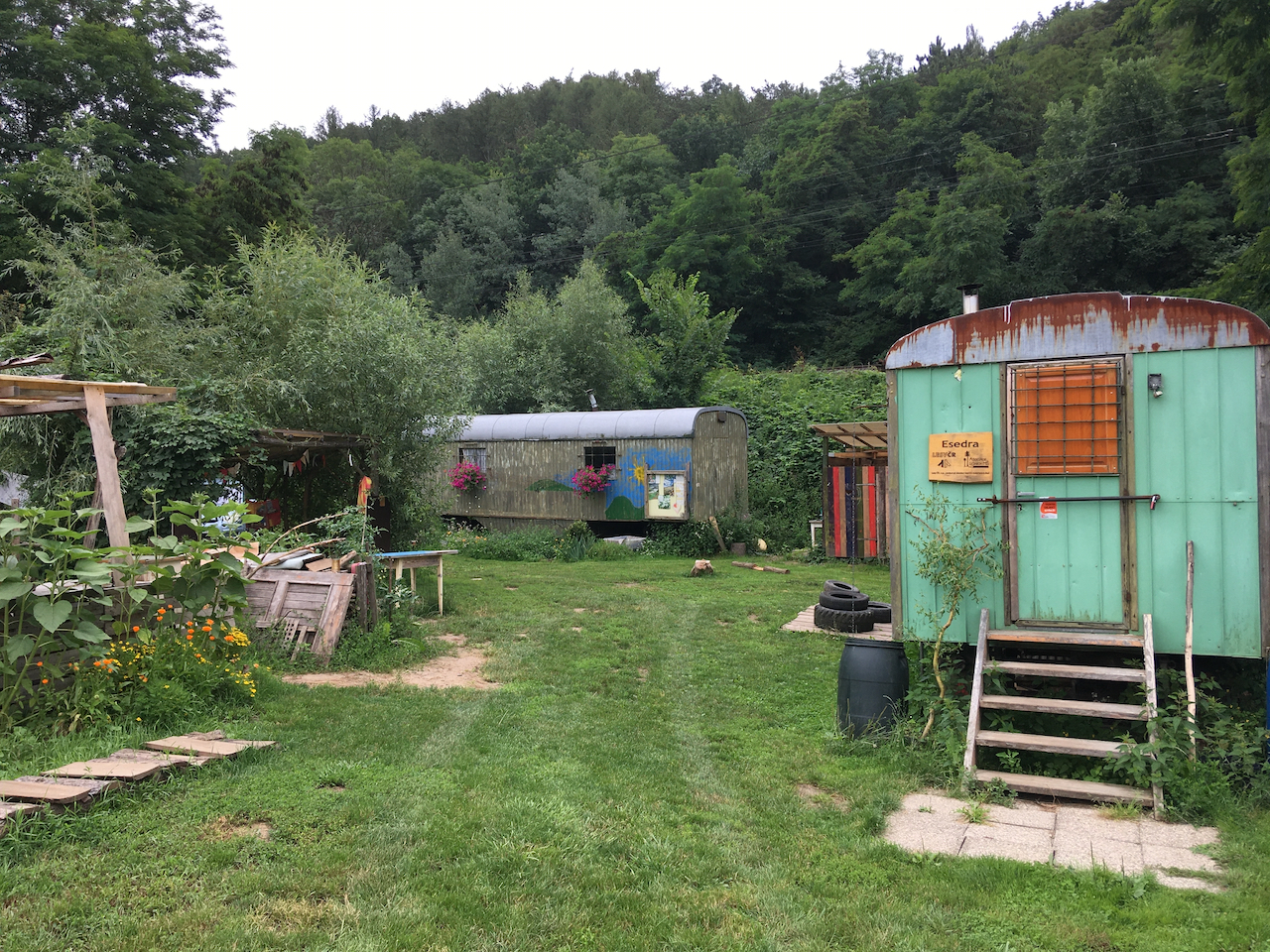 The last stage of the journey on foot from Mělnik to Tetín, was today’s walk from below Levý Hradec at Žalov to Prague Castle. All the stages are now familiar, enough to help others to make this trip. Today’s journey with St. Ludmila was through a much different landscape than she would have passed through, but I have no doubt that parts of the path I traveled were quite close to the historic paths. I imagine she may well have stopped to look down on the majestic Vltava meandering below. It is just as impressive today. 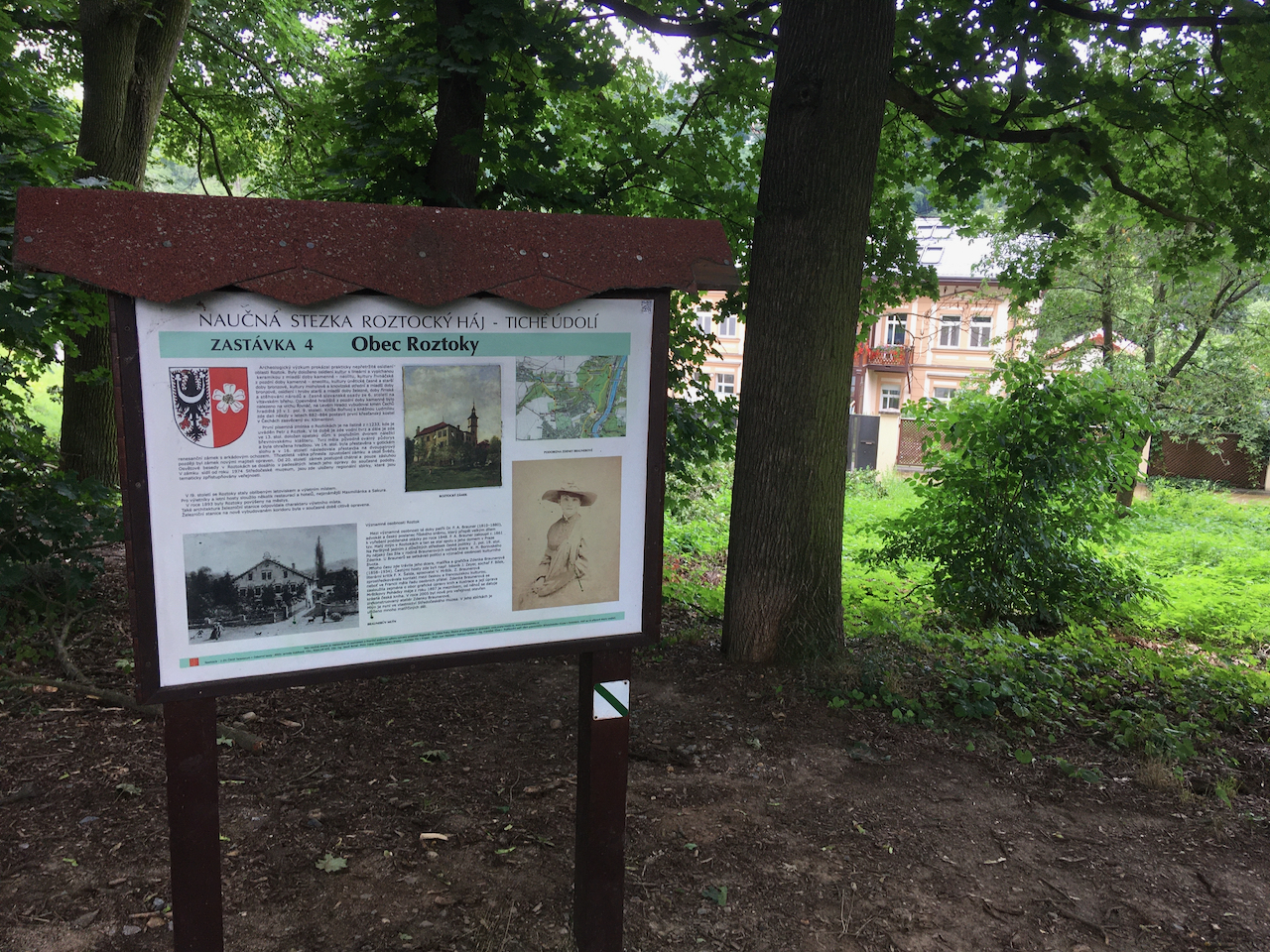 It is a level, and rather undramatic stretch of the Vltava, between Žalov and Roztoky. With the recent heavy rains, the river was running fast, the agitation clearly evident. Much of this part of the path had been under water before, but today it was dry, and still a safe distance above the angry flow. No pleasure crafts, barges or ferries appeared willing or able to fight this force of nature. But on both sides, life went on as usual, with cyclists, runners and cottagers tending their gardens. 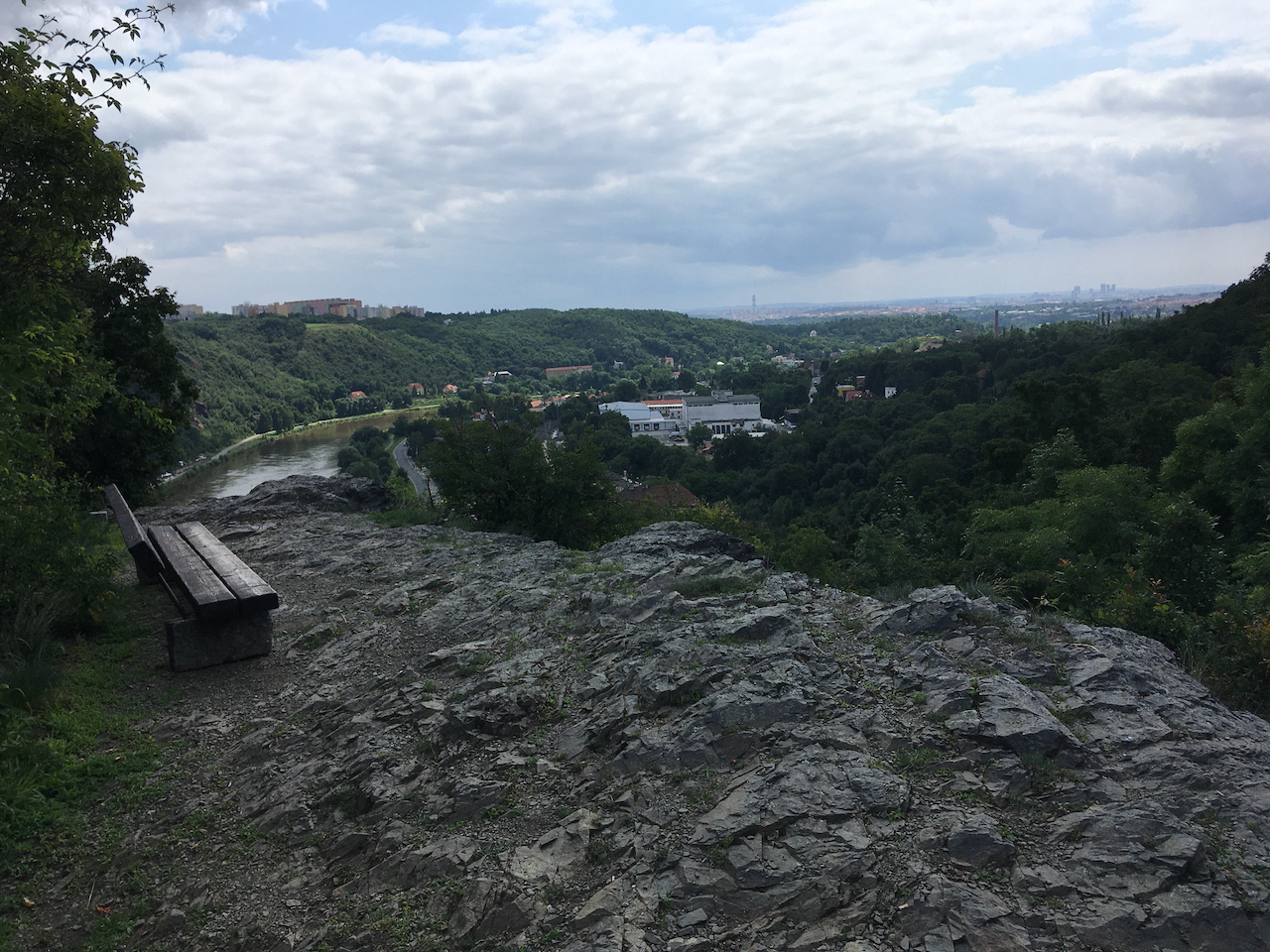 Roztoky is only the third town I had passed through, besides Mělnik and Kralupy, on this first part of the journey. After Prague, on the way to Tetín, there are others, but almost every other place is a village. As this day continued, however, there would be increasingly more development. Not surprisingly, as I neared Prague. What never ceases to amaze me, though, are the small villages, or colonies of garden houses, that are incorporated into Prague. 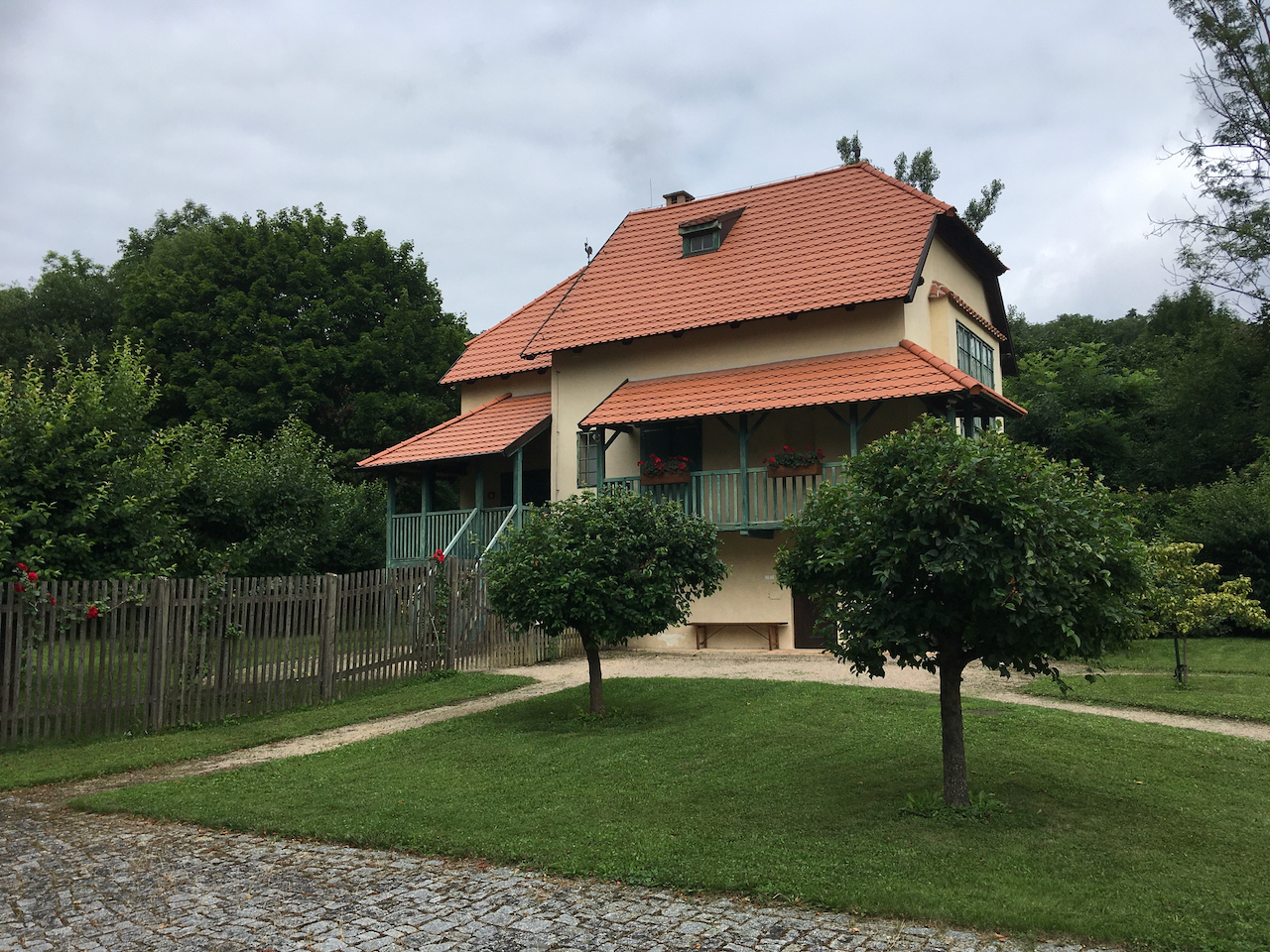 And so the path from Roztoky, passed some beautiful 19th and early 20th century villas, with familiar names, and a surprise exhibition at the Central Regional Museum. They thought I was in the wrong place, but noting the date of their exhibition, I thought the theme: History of the American Women’s Club was perfect. Ironically, last year’s theme was St. Ludmila, and I found a book, that promises to be the richest trove of information about her life that I have so far stumbled upon. When I casually say that I am traveling with her, it is because of coincidence such as this. 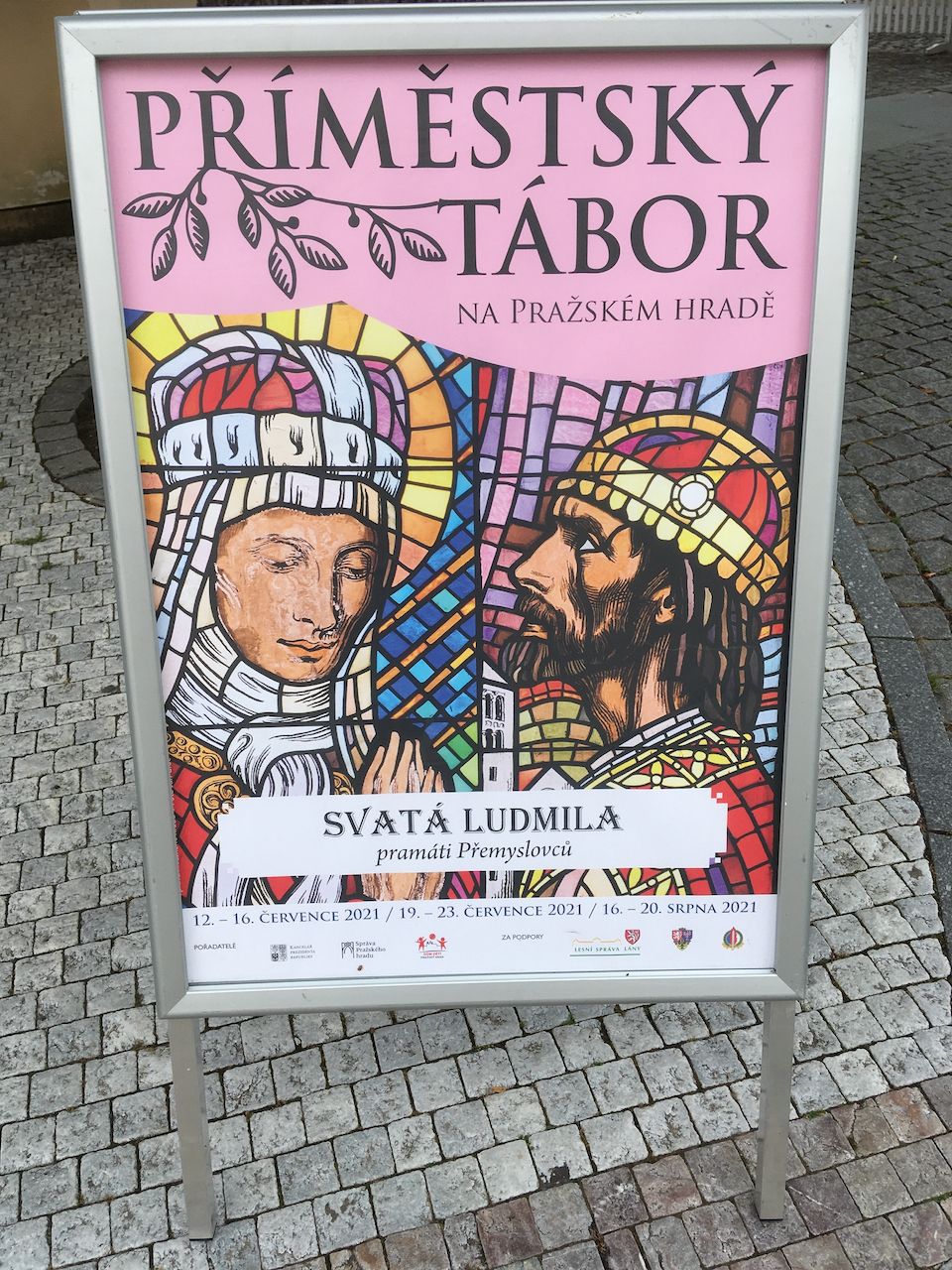 Later, at Prague Castle there was another coincidence, a poster promoting a camp to teach children about the life and times of Ludmila, hosted by Prague Castle. I know that our 13 year old son would not be interested, but I found myself wishing there was a camp like this for adults like me. I am sure it would add to my understanding of the period when she lived, and the role of this woman we know so little about. I wondered who she is the patron for, besides the iconic grandmother. Only through women like Ludmila, Libuše, Šárka, and Agnes, is it possible to understand the Czech soul. For example, consider Olga Havlová, the strong woman beside Václav Havel. It is no wonder to me now that the rivers here are personified by the feminine gender. All the way from Mělnik to Tetín, with the Vltava and Berounka. 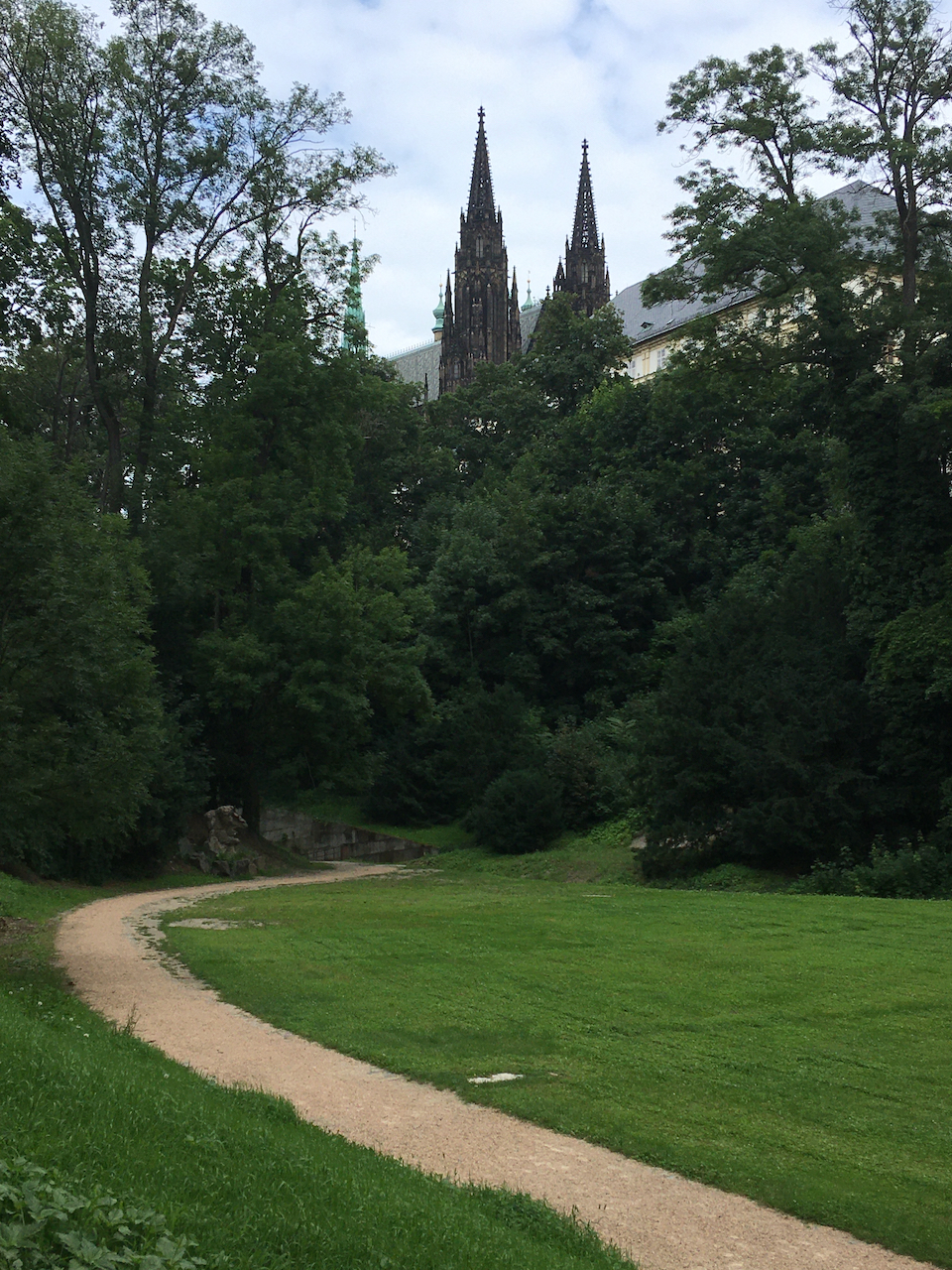 Comparisons between mythical women, from romantic chronicles that were written long after they died, to anyone living today is unfair. It is an imaginary exercise that stands only as paradigm for young women and men, to know the value of a learned and mature woman, a woman who knows her worth. 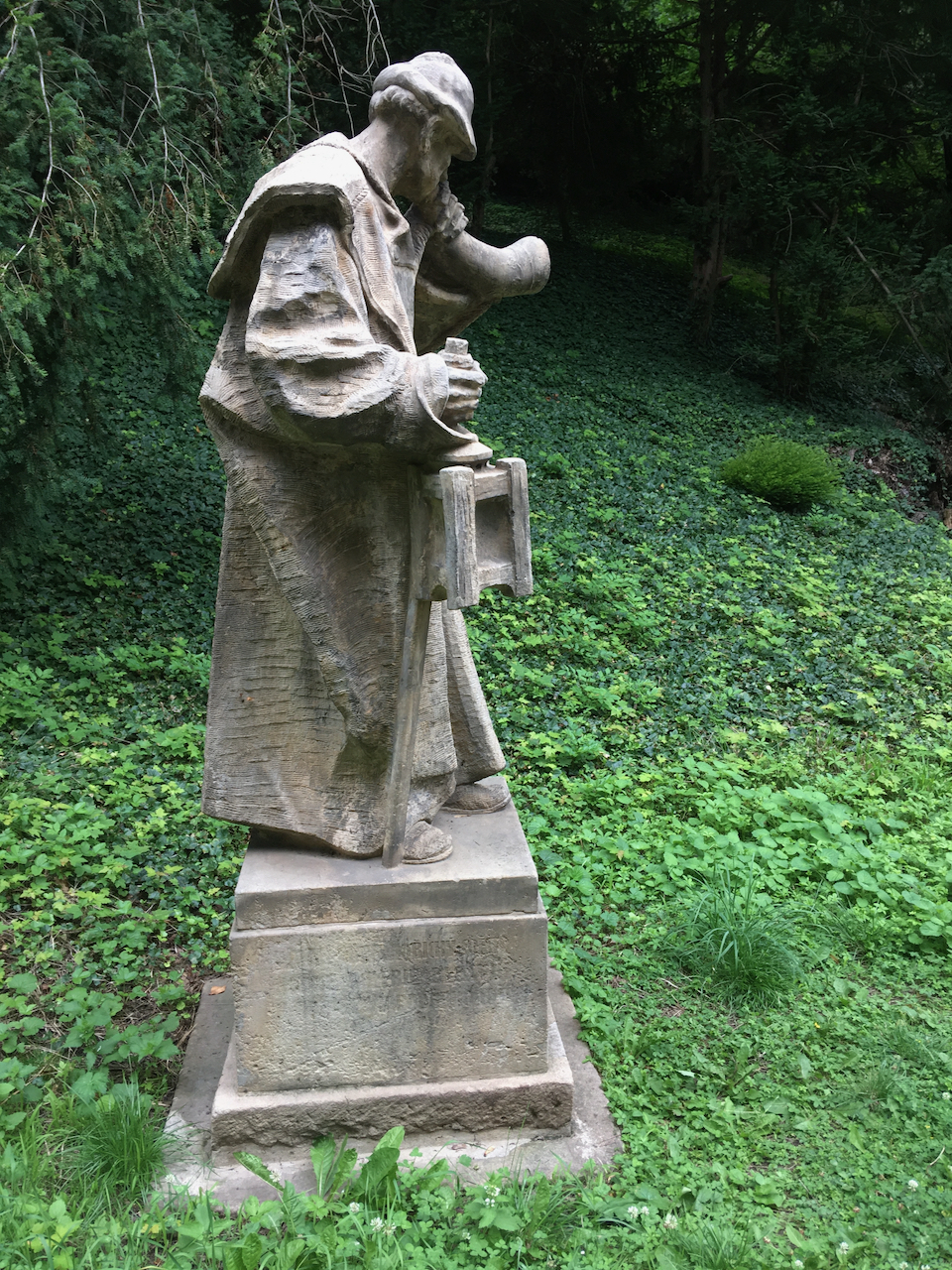 Thus, my walk today ultimately brought me home, where a woman greeted me with kindness. How do I respect her? Not by pilgrimage alone, but by supporting her on her journey, which is different than mine. It is her way, and I have found Ludmila there, caring for our children, for her family before me, for my relationships with my family before her, and for me as well. All of these are stones that were on the path she walked, long before any of us…

These same stones remain on the path today.